Jack’s early career was spent primarily as defense counsel to major corporations in product liability cases and to hospitals, physicians and dentists in medical malpractice cases. He was also called upon to represent injured individuals as plaintiffs in these types of cases, and, due to his reputation for success at trial, the number of plaintiffs he came to represent eventually exceeded the number of defendants he represented. This mix of clients continues to this day, and Jack believes that it has given him great insight in evaluating and trying cases.

Jack founded Finnerty Law Offices, in Boston and Cape Cod, in 2006 in order to personally manage every case he accepts. He derives his greatest satisfaction not from his victories but from the thanks his plaintiff clients have expressed to him. He understands how crucial each individual client’s case is because he knows that, although he has many cases, his client has only one. 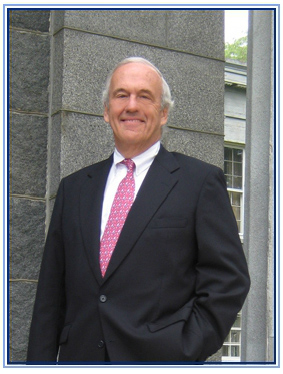 Material presented on the Finnerty Law Offices website is intended for information purposes only.
It is not intended as professional advice and should not be construed as such.